Congratulations to our 2011 swimmers!

We are proud of you. Thank you for supporting marathon swimming and the SBCSA. Please return soon.

Do you desire a “first”?

Many consider the Holy Grail of marathon swimming to be a “first” (meaning the first swimmer in recorded history to conquer a body of water). Twenty to twenty five years ago it was relatively easy to find a place to attempt a first, but with the soaring popularity of marathon swimming, it is becoming increasingly difficult to find virgin waters. The SBCSA, which represents 7 of the 8 Southern California Channel Islands, still has numerous “first time” swims available. In fact:

Who will be the first swimmer to successfully swim from San Nicolas Island?

There are some amazing marathon swims which have taken place since Captain Webb first swam the English Channel in 1875. Abdel-Latiff Abo-Heif’s 60 mile swim across Lake Michigan in 1963, Greta Andersen’s 50 mile swim from Chicago, Cindy Cleveland’s 48 mile swim around Catalina Island in 1978, Forrest Nelson’s 48 mile swim around Catalina this past summer, and most recently, Penny Palfrey’s 2011 world distance record of 68.75 miles from Little Cayman to Grand Cayman island to name a few. However, the San Nicholas Island to the California mainland swim may go down as the greatest solo in history when that first person is successful. This is because:

If you are not quite ready for San Nicolas and require a tune-up, there is always San Clemente Island which is 54.4 statute miles off the California mainland. There was a successful relay which swam from San Clemente Island back in 2002, but there has never been a successful solo swim from this channel island either. San Clemente island would be a great prep swim for San Nicholas or it just might be one of the top 5 solo swims of all time should someone find success someday.

Should you have an interest in attempting one or both of these truly epic swimming adventures, please contact Scott Zornig at the SBCSA szornig@aol.com. There is no need to hurry however. These two islands may just remain virginal for many years to come. Are there any takers?

San Nicolas was originally the home of the Nicoleño people, who were probably related to the Tongva of the mainland and Santa Catalina Island. It was named for Saint Nicholas by Spanish explorer Sebastián Vizcaíno after he sighted the island on the saint’s feast day (December 6) in 1602. The Nicoleños were evacuated in the early 19th century by the padres of the California mission system after a series of conflicts with Russian-led Aleutian fur trappers decimated their population. Within a few years of their removal from the island, the Nicoleño people and their unique language became extinct. 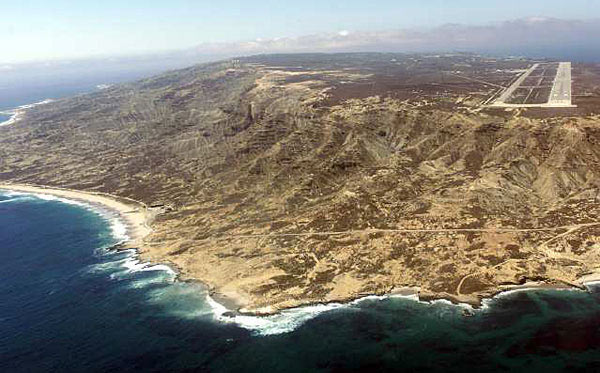 The most famous resident of San Nicolas Island was the “Lone Woman of San Nicolas Island”, christened Juana Maria; her birth name was never known to anyone on the mainland. She was left behind (explanations for this vary) when the rest of the Nicoleños were moved to the mainland. She resided on the island alone for 18 years before she was found by Captain George Nidever and his crew in 1853 and brought back to Santa Barbara. She died seven weeks later, her system unprepared for the different nutritional and environmental conditions on the California mainland. Her story was the basis for Scott O’Dell’s Newbery Medal-winning 1960 novel Island of the Blue Dolphins.

Your secret is safe with us

The SBCSA understands there are swimmers who desire to pre-announce swims to the public and then there are others who wish to quietly fly under the radar. If you wish to keep your swim discrete until completed, then just let us know. With the exception of an observer, boat captain and a few board members who have a need to know, we will keep the information regarding your swim air tight. If you are successful however, our lips are no longer sealed because we love to spread good news. We are proud of our swimmers and want to announce their marathon swimming successes to the world.

If you 1) have put in the training 2) are experience in long distance open water swims 3) can handle cold water 4) have practiced swimming at night 5) are in excellent health and 5) have a sense of adventure, then we may have a challenging swim for you. Please email us at szornig@aol.com to learn more about swimming to, from, around and between the California Channel islands.

The SBCSA is accepting applications for the 2012 season. There are early bird discounts for those swimmers who turn in their application and fees before May 1, 2012. Please visit our website at www.santabarbarachannelswim.org for more information.

If you are interested in observing a swim and safely escorting a swimmer across the channel, we have opportunities for you. Our requirements are that you attend CCSF training and have experience in observing channel swimmers. We also are in need of assistant observers who can receive “on the job” training. The SBCSA compensates all observers and assistant observers. Please contact Dave Van Mouwerik at davevm@att.net or 805-550-8028. Did we mention that we $$$ (pay) our observers?

The SBCSA Board wishes you a great off season 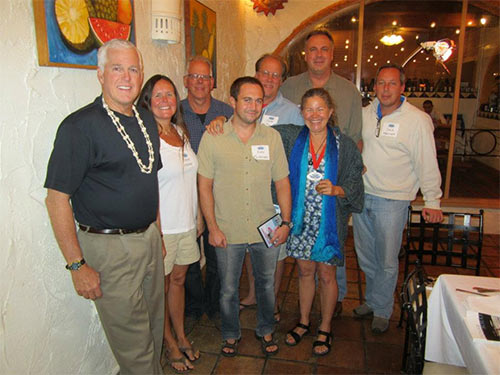