September was quite a month for the SBCSA. It was a month of many records and firsts.

The month started out with Tina Neill becoming the first person, male or female, to complete a solo swim off of San Clemente Island on September 6th. Tina finished the 52 mile swim in a blistering time of 28:41:58. This was Tina’s 3rd attempt at San Clemente Island as the first two were aborted after 28 and 24 hours of nasty currents. Instead of swimming east of Catalina Island as she had on her previous two attempts, Tina went around the Northwest end of Catalina where the currents were more favorable. She finished at Terranea cove in Palos Verdes. Tina’s swim is the longest in California Channel Island swimming history as it surpasses Cindy Cleveland and Forrest Nelson’s 48 mile swims around Catalina in 1979 and 2011. Congratulations to Tina on her historic swim.

On September 8th, Jim Neitz completed his 4th successful swim off of Anacapa Island. Jim battled very difficult conditions which included 25 knot winds to complete the swim in 8:58:52. Jim is the only person who has completed multiple swims off of any California Channel island other than Catalina.

On September 9th, Nicholas Vargas set a new time record off of Anacapa Island. He became the first person to go under 5 hours completing the swim in 4:58:11. Nicholas bettered the old record of 5:03 set by Nick Caine in 2008. This new record may stand the test of time.

Zachary Jirkovsky also completed Anacapa Island on September 9th becoming a member of the “sub 6” club. There have been 34 successful swims off of Anacapa. Zack’s time of 5:59:24 makes him only the 8th person to go under 6 hours.

The SBCSA had another first on Sunday, September 23rd, when 4 swimmers all attempted solos on the same day. John Chung, Thomas Ball and 13 year old, Fiona Goh left from Anacapa while Walter Bean Scott attempted San Miguel Island. It was a very tough day as the currents were against all 4 swimmers for most of their swims. Unfortunately, Walter Bean Scott made little forward progress in 7 hours of swimming and it became evident that he would not finish in daylight so he elected to call it quits on his 25.9 mile endeavor. However, John, Tom and Fiona prevailed with the shorter distance Anacapa finishing in 7:39:28, 7:39:28 and 10:10:18 respectively. They become the 32nd, 33rd and 34th swimmers to conquer Anacapa. Fiona, who is 13 years, 300 days old becomes the youngest female swimmer to swim off of Anacapa or any California Channel Island. In 1971, 14 year old Stacy Frezonki swam from Catalina Island to the mainland. A fun moment happened during John, Tom and Fiona’s swims when the trio met in the middle of the ocean. John and Tom caught up with Fiona who had starter earlier, and at the very moment the three met to exchange greetings, a blue whale breached the water surface for everyone to see.

Finally, on the 26th of September, Cesar Barria from Panama finished a “wetsuit assisted” swim from Anacapa Island to Silver Strand Beach. Cesar completed his swim in 7:45:44 under some of the best conditions of the year. The country of Panama cheered Cesar along as two television stations and several news publications covered the event. Cesar, who was hit by a drunk driver in 2003 and lost his right leg at the knee, has become a celebrity in Panama due to his marathon swimming.

The first attempt to swim a California Channel Island other than Catalina occurred in 1938. A Frenchman, by the name of Paul Chotteau, swam for 44 hours and 41 minutes before calling it quits. He was estimated to be about 4.5 miles from the Malibu pier when he climbed on his support boat. In 1936, Mr. Chotteau became only the 6th person to complete the 20 mile swim off of Catalina Island. He did so in a time of 33:50. 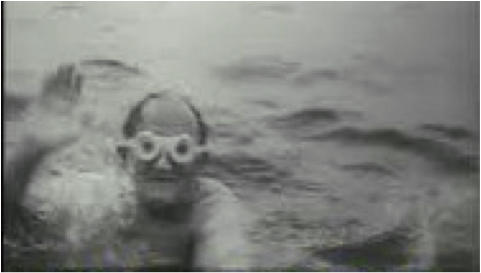 If you are a marathon or open water swimmer, chances are you have heard of David Yudovin. David, from Cambria, California, is one of the most decorated male marathon swimmers of all time. During his 36 year career, David has completed over 40 solo marathon swims of which 17 were “firsts”. He has also completed numerous relays which include additional “firsts”. Dave is 61 years old and not even close to calling it quits. He already has a swim planned for his 90th birthday, but good luck getting a location out of him. 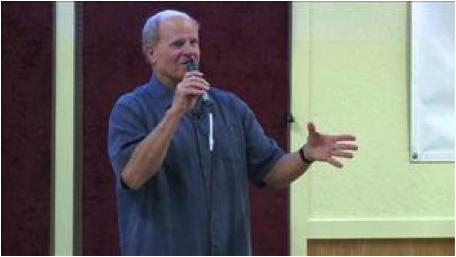 Dave has never been about speed. Instead, he has made his mark in marathon swimming through longevity and being the first to complete channel swims in different corners of the world. Dave has used his swims to raise money for the American Cancer Society and the City of Hope.

If you would like to hear the swimming adventures from one of the all-time greats, then plan to attend this year’s banquet. Dave will be joined by his lovely wife, Beth, who has had just a little to do with his successful career.

The independent documentary film about marathon swimming called “Driven” has completed filming and now is in editing. It is scheduled to be released in 2013. The film chronicles the experiences of three swimmers who attempted marathon swims this summer from SBCSA islands. The producers have invested countless hours to tell the remarkable story of each of these amazing water athletes while interviewing some of our sports living legends.

The website www.marathonswimmovie.com has been set up to provide updates, and the producers endeavor to launch a full fundraising campaign in early October to cover the costs associated with post-production. This is a film about marathon swimming for marathon swimmers, and as such, the producers are relying on the full support of the swimming community to turn this vision into reality … so stay tuned. More updates including trailer previews are scheduled to come soon!