The SBCSA has received 16 applications for the 2013 season of which 14 are solo swims and 2 are relays. Four (4) of the 16 swims will be “firsts” if successful. The first attempt already took place on March 16th and the final swim of the season is scheduled for September 28th. The SBCSA will continue to accept applications as long as they are received 60 days before the scheduled attempt… standard fees now apply. The SBCSA welcomes all our swimmers to the 2013 season. 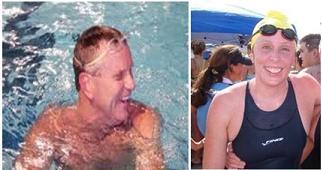 21 Songs with Swimming in Their Lyrics

There are many songs written about “swimming” or include the word in the lyrics. Is this because the term “swimming” is pleasing to the ear or does the subject invoke thoughts of adventure, peacefulness, calm, freedom and romance? Either way, it is always enjoyable to listen to music about our favorite sport. Which one if these songs is your favorite?

« What would you do? A call to arms on new ocean swimming regulations »