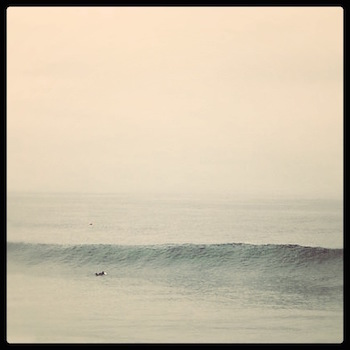 After going 0 or 3 this season, we thought the tide changed in August when a six-person relay called the “Laguna 6,” successfully swam from Santa Barbara Island to Catalina. Unfortunately, this was followed up with difficult conditions for the remainder of the month due to two pacific hurricanes combined with our typical high wind. The conditions were so challenging in August that our two swimmers did not even enter the water to start their intended swims. They opted to postpone their endeavors until September when we hopefully will have more favorable conditions. We have 16 attempts planned in September and one in October. The SBCSA wishes these swimmers the best of conditions.

In December of 1926, there was a 12 mile marathon race held along the Southern California coast line. The race started in Santa Barbara and finished in Carpinteria. Three swimmers, Marjorie Buffington, Zane Steenrod and Jean McKensie started the race. Rough water forced Buffington out at Serena while Steenrod lasted until Summerland. 19 year old Jean McKensie was the only person to finish. Although this swim did not take place from a Channel Island, it may have been the first successful organized solo marathon swim in the history of Southern California. This swim took place one month prior to 17 year old George Young’s (aka the Catalina kid) historical swim.