This season has been tough. We started out with 3 unsuccessful attempts (1 relay and 2 solo’s) in uncooperative conditions. On August 2, the “Laguna 6,” consisting of Julian Rusinek, Lynn Kubasek, Scott Zornig, Tanya MacLean, Tamie Stewart, and Cherie Edborg completed an unprecedented crossing between tiny Santa Barbara Island and Catalina Island. Battling tricky currents, the team reached the west end of Catalina after 15 hours, 53 minutes. 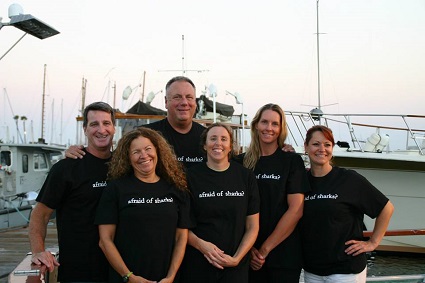 This 2014 banquet will be different from past celebrations. Although the intent is to honor our channel swimmers, this year we will spend less time on the speeches and more time socializing with the award winners. We are also going to liven things up with a change of venue. This season’s event will take place in San Pedro Harbor aboard the Pacific Spirit. The cost will be $39.50 per person and includes harbor cruise, dinner, music and simply the most fun board in the marathon swimming world… the SBCSA board of directors.