I am usually good for writing one controversial article a year which results in some nasty emails. It has been awhile so here I go again. Please understand that I am not doing this just for the sake of stirring it up. I do this only because I am strong in my beliefs, passionate about marathon swimming and desire change. My feelings may or may not be shared by the SBCSA board although I can tell you each member observes the traditional rules of our sport. 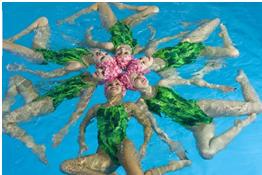 As many people know, I am a purist when it comes to marathon swimming. I believe in doing it the same way Captain Webb did 139 years ago with modern caps, suits, food and GPS being the only difference. I believe Marathon swimming is about man/woman against the elements and whatever God gives you on a given day. In my opinion, there are no “passes,” “mulligans” or “do-overs.” I feel a swim is over or becomes something else when it is interrupted by Mother Nature or is not done in accordance with our traditional rules. I believe a swimmer can always return next season and try again. In my opinion, this is what makes our sport unique and beautiful. Unlike marathon swimming, other extreme sports such as ultra-marathons, mountain climbing, the Iditarod and the Tour de France allow an athlete to stop, rest, warm up, cool down and protect themselves. There is no other sport like marathon swimming when it is done the way it was intended. The general public does not understand this. Unfortunately, there are a few marathon swimming organizations which seem to have forgotten how it is supposed to be. As a result, they have allowed “local exceptions” which go directly against the grain of our sport.

Let me cut to the chase; If you exited and returned to the water due to a shark sighting at Cook Strait… if you left and returned to the water due to lightning at MIMS… if you drafted off the escort boat in the English Channel… if you used a streamer in the Tsugaru Channel, then I am sorry to say, you did not complete a marathon swim. I understand that you followed local exceptions. I will also give you kudos for an amazing effort and say that it was the right move to exit the water in the case of lightning or a shark sighting, but you did not complete a marathon swim. You completed either an assisted or staged swim! The governing organization may recognize your swim, but your endeavor was still assisted/staged and your name should contain an asterisk as far as I am concerned. (Note: since MIMS is both a marathon swim and a race, I have no issue with race organizers allowing interrupted swims other than they should be noted as such and not count as an official marathon swim).

If you talk to any marathon swimmer, 98% will agree that Diana Nyad did not complete a marathon swim last year. Even if we put aside the questions regarding her mid-channel sprint, she wore a face mask and booties, followed a streamer, enjoyed solar showers and accepted physical assistance during feedings and suit changes. As a good friend use to say, “One can paint all the flowers they want on an outhouse, it is still an outhouse.” DN’s latest Cuba swim was superhuman and well beyond anything I could ever do, not to mention she was 64 years old at the time, but it is still an assisted swim. If most marathon swimmers do not recognize her swim, how can we in good conscious accept the preceding as marathon swims? They were done with assistance.

As I have said many times, the reason we have assisted swims is because our sport has never fully organized. Thankfully Evan Morrison, Andrew Malinak, Donal Buckley and Elaine Howley have taken steps toward uniformity by writing the Marathon Swimming Federation Rules of Marathon Swimming. Although their intent is simply to give marathon aspirants a set of rules one can elect to follow in ungoverned water, it is my hope the MSF will evolve in to something much larger down the road. Perhaps a side benefit of MSF will be that it will help unite all marathon swimming organizations someday? In the meantime, I encourage anyone who does a swim in water which does not have a federation to follow MSF Rules if they desire to have the recognition of their peers. Diana Nyad won over the naïve general public last summer due to her press machine, but her endeavor will never have the recognition, approval or respect from those who matter most….true marathon swimmers.

One of the arguments I hear in favor of exceptions is that sports evolve and marathon swimming should make allowances. The example I hear most often is that every swimmer uses GPS which was unavailable to our forefathers. I personally am OK with evolution in the name of safety as long as it does not make a swimmer faster, colder, warmer, buoyant or hurt the environment. GPS does make us safer, but it also enables a faster swim. I would be against GPS if it was not for the fact that it is a requirement on all commercial vessels in this day and age. In other words, we cannot conduct the sport of marathon swimming if we did not adopt GPS. We must make allowances for this type of evolution. On the other hand, we always must keep in mind that the essence of marathon swimming is swimmer versus Mother Nature. We create a different sport when we allow exceptions for elements and conditions or the use of artificial aids in the name of speed. Can you imagine how much more special a Cook Strait swim would be if the people who exited and returned to the water were disqualified? To me, it lessens the accomplishment of those who did it right when you allow “swim mulligans.”

So here is my suggestion: If you are circumnavigating Manhattan and are asked to leave the water due to lightning, either don’t get back in or treat it as a race or training swim from that point forward (it is no longer a marathon swim). If you are attempting the Tsugaru Channel and it is mandated that you use a streamer due to sharks, insist that the streamer be placed behind you where it is not visible and does not provide assistance. If you are offered a draft off the escort boat during an English Channel swim, simply say “no thanks.“ If every swimmer insisted on doing it correctly, we create uniformity in marathon swimming and send a strong message to governing bodies. The Marathon Swimmers Forum’s handling of DN’s swim is a perfect example of what can be accomplished when “we are all singing from the same hymn book.” Marathon swimmers were not very popular last summer, but we were together and we were right.

Let’s keep marathon swimming pure by insisting it is done uniformly and in the same manner as Matthew, George, Trudy, Alison, Greta and Lynn…..the right way!

If you disagree with me, my email is scottzornig@gmail.com. Just remember to get your ducks in a row. I love a good, honest, emotionless, no name calling debate.