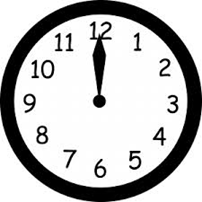 Working on ships isn’t one of the easiest jobs. It is a taxing profession that requires one to be alert and aware at all times. This is why “ship fatigue” is a major concern for seafarers. As a result, ship working hours become a very important aspect of not only a vessel’s working and safety, but efficiency of its crew and pilot.

According to U.S. Coast Guard regulations, escort boats are allowed to have the same pilot at the helm for a maximum of 12 hours before they are required to rest. This means if your marathon swim (dock to dock) could take 12 hours or more, you must have a second pilot on the boat as a backup. The SBCSA has witnessed swims end only few a few miles from shore as the 12th hour arrived and the boat did not have a second pilot.

If you think your marathon swim adventure could approach 12 hours, the SBCSA encourages you to hedge your bet by arranging for two pilots. It will be a little more expensive, but you will have peace of mind and eliminate the possibility of your swim ending for the wrong reason.

« The Southern California Eight Happy New Year from the SBCSA! »