SBCSA would like to congratulate our very own board of directors Vice President and Observer Coordinator Dave Van Mouwerik on his completion of the first known swim across Estero Bay in San Luis Obispo County. Dave entered the water north of Cayucos at China Harbor and swam 14.4 miles to Spooner’s Cove in Montano de Oro State Park. Dave was met by a crowd of SLO swim fans and local media outlets. The swim took 8 hours, 18 minutes, 24 seconds to complete and water temperatures averaged around 60 degrees. The swim was observed by Evan Morrison for the Marathon Swimmers Federation. For more on Dave’s swim check out his blog or news coverage from the San Luis Obispo Tribune. 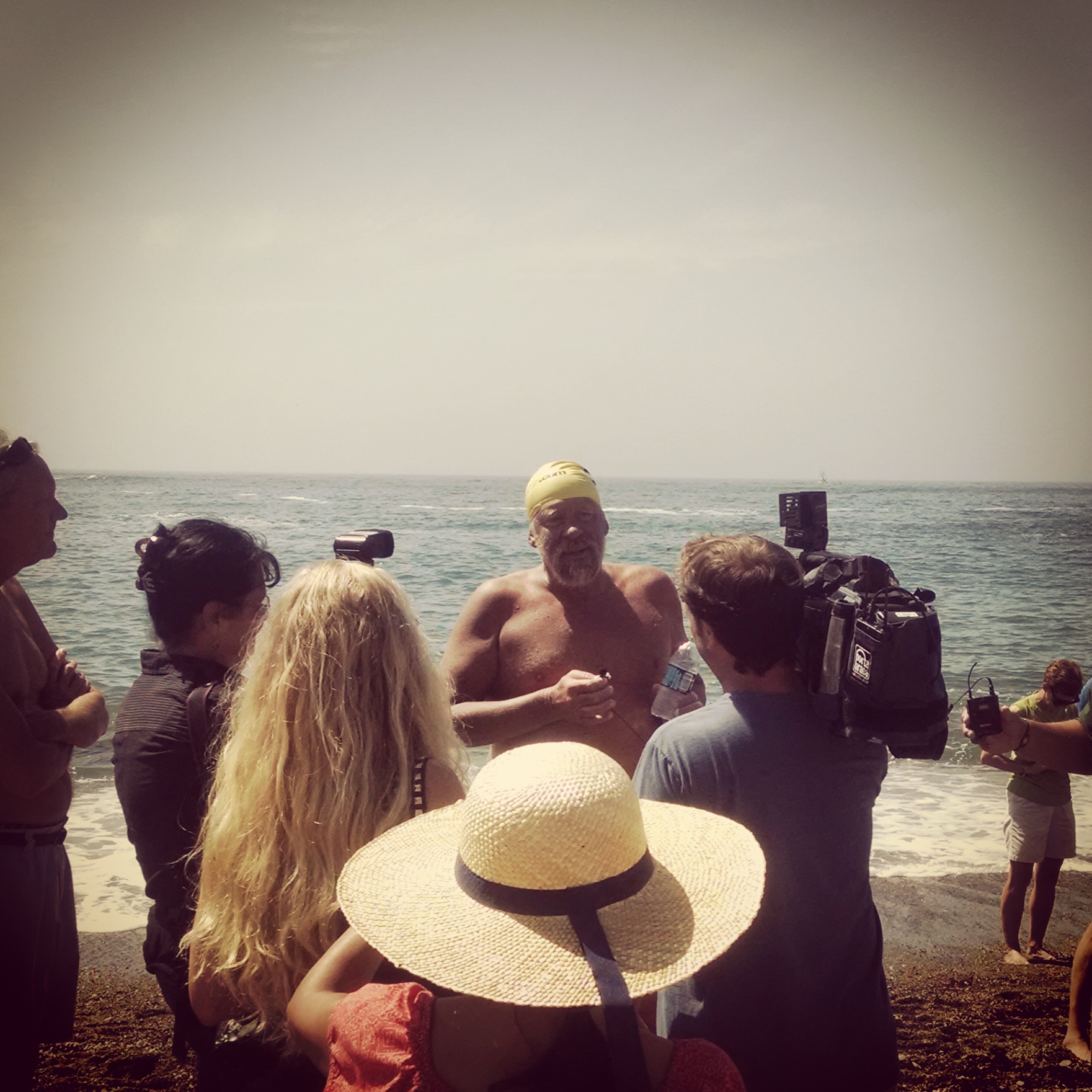