The SBCSA sanctions swims from 7 of the 8 California Channel islands. Two of the channels (Anacapa to mainland - 12.4 miles and Santa Cruz to mainland - 19.9 miles) represent 85.9% of all our swims. In fact, 67 of 78 SBCSA solo swims have been between these two islands and the mainland. Anacapa has grown to become the second most popular marathon swim in the western United States. Listed below are the five (5) fastest times for both men and women for each island. 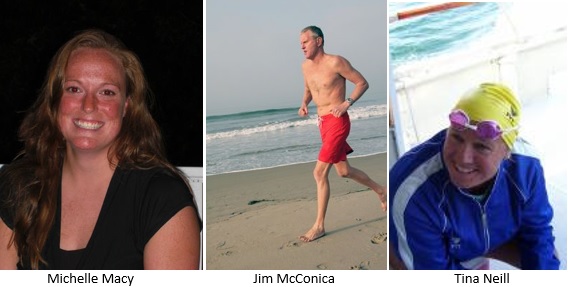 Looking for colder water this summer? One of this season’s swimmers, Anacapa aspirant Sarah Green, is hosting the 2nd annual Humboldt Bay Critter Crawl on August 2nd in Eureka, CA. The Critter Crawl is a tide assisted 4.5 mile swim in Humboldt Bay. There isn’t much of an open water swim scene in Humboldt County, but Sarah has made great efforts to get the sport on the map. Temperatures in the Bay can range anywhere from 49-65 in the summer depending on the day, which way the tide is going, and which part of the Bay you’re swimming in. Registration for the swim is free and available at humboldtbaycrittercrawl.com, donations to the North Coast Marine Mammal Center are encouraged. 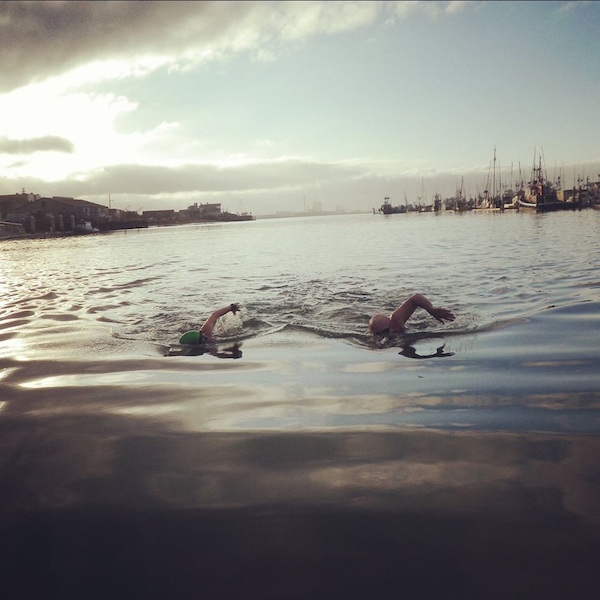 San Nicolas Island is the only California Channel Island which has not had a successful relay or solo swim. In fact, no one has ever entered the water to begin an attempt. Marathon swimmers have contemplated different ideas such as swimming to mainland, circumnavigating the island and crossing the channels connecting the neighboring islands. We have even had swimmers go as far as completing applications and submitting sanctioning fees, but the swims did not happen for various reasons. The closest we came to an attempt was in September 2007 when a relay of 6 (Peter Attia, Phil Garn, Marc Lewis, Forrest Nelson, Ed Reynolds and Scott Zornig) motored all the way out to the island and were within 200 yards of starting a relay. For a number of reasons, the group decided against doing San Nic, boated over to Catalina, and completed a circumnavigation around William Wrigley, Jr’s favorite island instead.

The reason marathon swimmers are not lining up to conquer this Island is due to the difficulty. It is 61.7 to 70.1 miles off the California mainland (depending on course). The water is cold, the wind blows hard, the seas are angry, and the island contains the second largest colony of elephant seals in California. If this is not enough, a swimmer needs to secure permission from the United States Navy to access the island. This is sometimes an easy task, but can also be difficult depending on who is commanding the island at the time coupled with current world events.

It is only a matter of time before a brave soul (or group of souls) in incredible shape, tackle this Pacific beast. The SBCSA looks forward to that historic day.