The Formation of the SBCSA - A brief history

In 1999, shortly after completing my one and only swim from Catalina Island, I approached John York and David Clark about recognizing swims off all 8 of the California Channel Islands. The two of them were singlehandedly running the CCSF and had their hands full. John told me that he would be happy to keep records of channel island swims, but they did not have the time to officiate these swims and simultaneously run the CCSF. They wanted to focus on Catalina which I completely understood.

In 2001, I decided to train for an Anacapa solo swim. It had not been attempted in 11 years so as part of the training, I spent considerable time researching previous swims and speaking with any former swimmer I could track down. I thought this information might increase my chance of success while providing confidence for my swim. I needed to get my head right prior to the attempt. 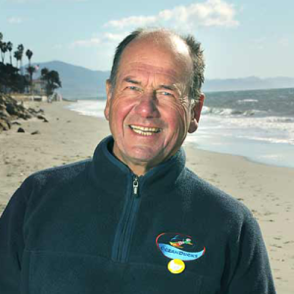 The idea of a sister organization to the CCSF fell on a back burner until 2006 when I heard about a gentleman from Santa Barbara who had founded the Santa Barbara Channel Swimming Association to recognize swims to and from Santa Cruz Island. His name was Emilio Casanueva, a Chilean, who resided in Santa Barbara. I was introduced to him and his business partner, Dean White, by Jim Fitzpatrick in 2007. We met at Brophy’s restaurant in Santa Barbara and I mentioned to them the idea of a marathon swim organization that recognized swims from ALL the non-Catalina California Channel Islands (Anacapa, Santa Cruz, San Clemente, Santa Barbara, San Miguel, Santa Rosa and San Nicolas). I informed Emilio and Dean that I had done the research and had all the records. They liked the idea, realized that I could be a resource for observations and recognized my passion for the sport, so they asked me to join their board which also included notable marathon swimmers Ned Denison, Carina Brewer, Penny Palfrey and Chris Palfrey amongst others.

Late in 2008, Emilio fell ill and resigned from the board of directors. He had assembled an international board of high profile marathon swimmers which was great for marketing purposes. This diverse make up of board members worked as Emilio and Dean did 90% of the observations and I did the remaining 10%. Dean also owned a small boat which was used for some of the early crossings. Unfortunately, with Emilio’s departure, it left Dean and myself as the only two board members who lived in California that could observe. I agreed to take over as President, but I felt the only way our organization could survive was to increase the number of seats on the board and add locals who were available to observe and share the responsibility of running the SBCSA. Most of our international board elected to leave for the health of the SBCSA and were replaced by today’s current board of directors which now includes Evan Morrison, Dave Van Mouwerik, Jane Cairns, Cherie Edborg, Lynn Kubasek, Theo Schmeeckle, Peter Hayden and Tanya MacLean.

The SBCSA is now 10 years old and under Evan Morrison’s leadership, positioned to serve marathon swimmers for the next 10 years and beyond.

This picture may be the SBCSA’s first “official” board meeting on Oct 8, 2008. It is hard to believe, but we were operating without insurance back then. 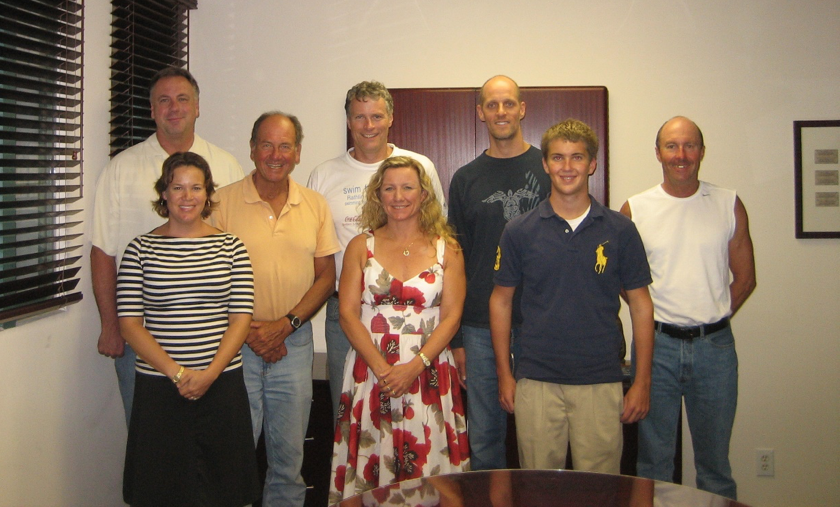