It has been my pleasure to serve you... 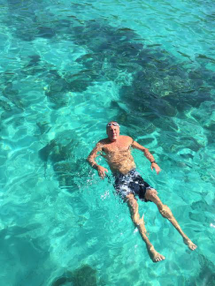 It has been my honor to serve marathon swimmers and to hopefully, have contributed to the interest, growth and unification of traditional marathon swimming. If I made a small difference, then it was all worthwhile. I am grateful to have worked alongside an amazing board of directors, and that together, we successfully called attention to the swimming possibilities among all the California Channel Islands.

I have met many wonderful people in this sport….some who will remain lifelong friends. My intention was always to give to marathon swimming, but on so many levels, I was the one who received.

The 2016 banquet will be my last as a board member, but hopefully future banquets lie ahead for me as a swimmer.

As former Presidential candidate Ben Carson once said, “Happiness doesn’t result from what we get, but from what we give.” To this end, I plan to spend time supporting a passion which is assisting children with cancer……so there is a good chance you have not heard the last from me.

Happy traditional marathon swimming and may God bless you!

« October Successes - Hank Wise and Russ Parker Tandem Swimming – Is the juice worth the squeeze? »