There were 17 attempts in 2016 and 12 successful swims. 10 of the successes were solo swims and 2 were relays. Congratulations to all our courageous athletes for a job well done.

As with the past two years, the SBCSA banquet/dinner cruise was held on a 90’ yacht. 60 people attended on November 5th and enjoyed good food, scenic views, amazing company and great stories as we celebrated the successes of the class of 2016. 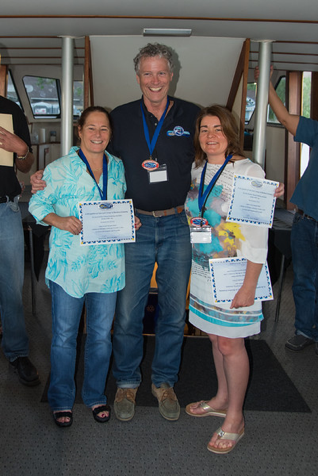 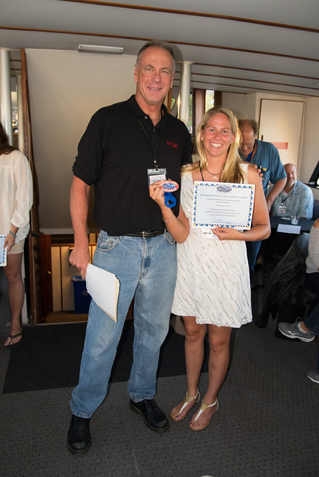 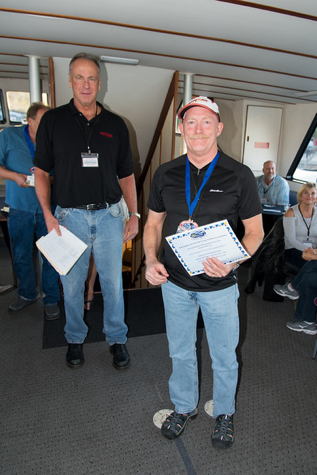 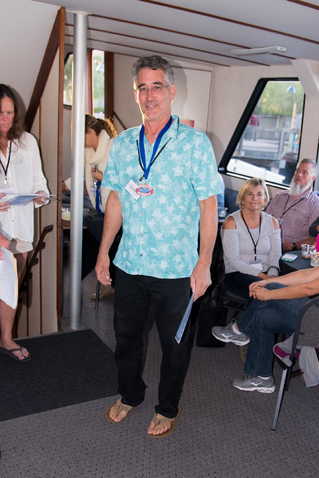 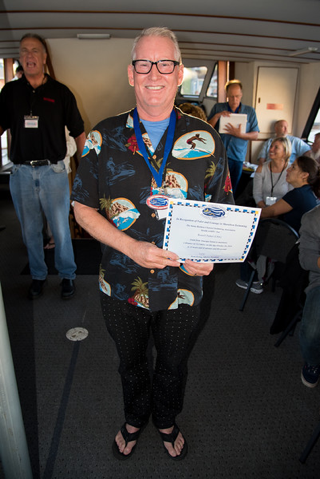 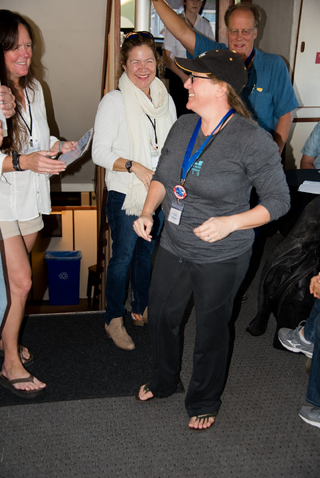 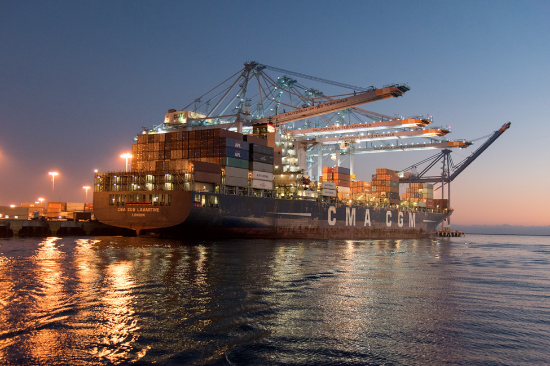 Board of Directors welcomes Tanya MacLean 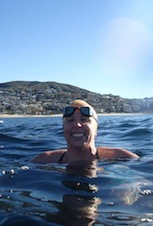 Marathon swimmer Tanya MacLean has joined the SBCSA board of directors, replacing Rob Dumouchel who recently resigned to concentrate on his studies. Tanya successfully swam 12.4 miles from Anacapa to Oxnard in 2013. She also completed the S.C.A.R. Challenge and the 34-mile Red River of the North swim, in addition to numerous relays. Tanya is a USMS All American swimmer and served as open water chair of Southern Pacific USMS. The SBCSA welcomes Tanya and the energy and enthusiasm she brings to the board. 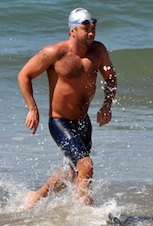 Evan Morrison, a SBCSA board member since 2011, becomes the third president in the 10-year history of the organization - after founder Emilio Casanueva (2006-09) and Scott Zornig (2009-16). Evan was the ninth person to swim from Santa Cruz Island to the mainland, and grew up in Santa Barbara. He now lives in San Francisco and continues to be active in the sport as co-founder of the Marathon Swimmers Federation and as a voting member of the International Marathon Swimming Hall of Fame.

Where are they now? Anacapa swimmer Sam Allen

When Samantha (“Sam”) Allen of Escondido, California swam from Anacapa Island to the mainland on June 5, 2015, she was a recently-minted graduate of the United States Military Academy at West Point. Soon after crossing the channel in a quick 6 hours, 45 minutes, Lt. Allen deployed to the Middle East, where she is still stationed. On the occasion of Veteran’s Day in the U.S. (November 11), we recognize Sam’s service and that of all our veterans. 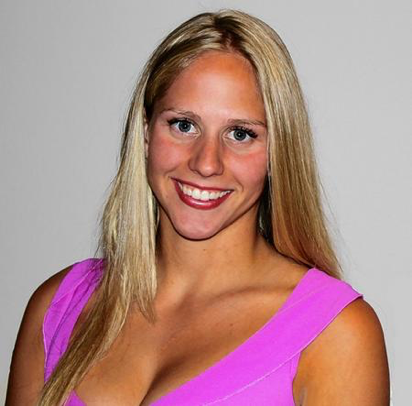 Chloë McCardel of Melbourne, Austrailia, who has completed twenty-one solo crossings of the English Channel, is the 57th lifetime member of the SBCSA. The SBCSA is grateful for Chloë’s support and that of all our lifetime members.

For discounts on sanction fees and other benefits, please fill out the online form and become a Lifetime Member today!

« Tandem Swimming – Is the juice worth the squeeze? A Father and Son's "Night Sea Journey" »