The SBCSA will hold its annual banquet tomorrow evening in San Pedro, where we will celebrate this year’s Santa Barbara Channel swims (or more precisely, any swim to, from, between, or around any of the 8 California Channel Islands, excluding swims between Catalina Island and the mainland, and swims around Catalina Island).

Technically our season ends/begins in November… I mention this for two reasons:

The SBCSA sanctioned 17 solo and relay swims this year: 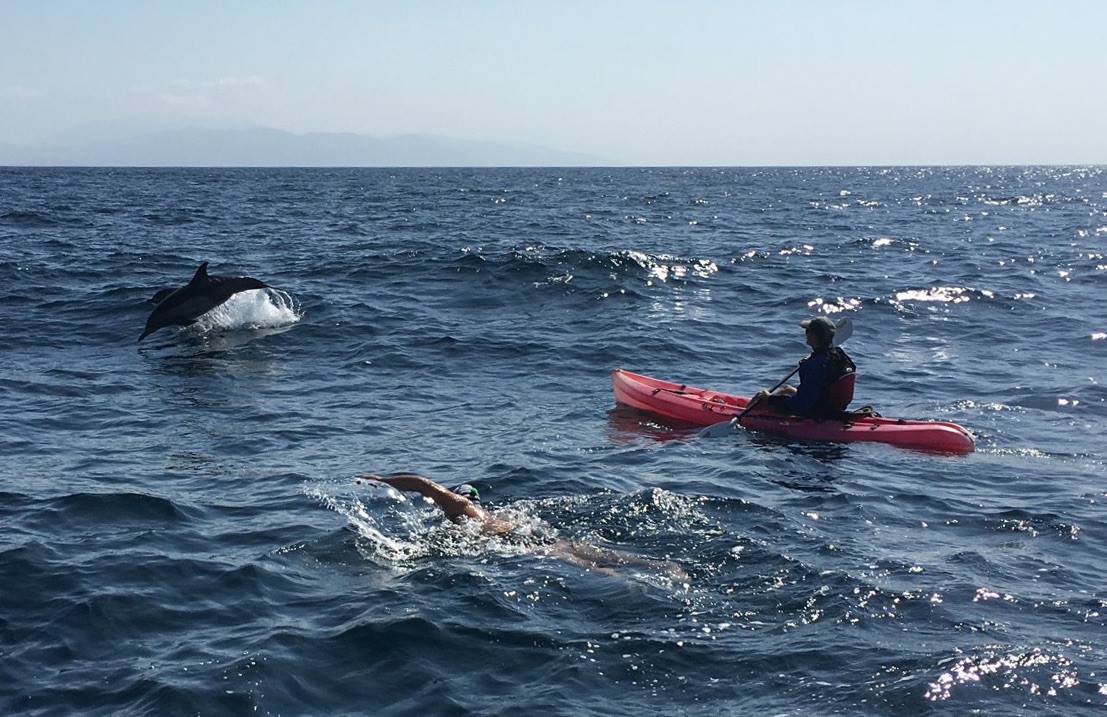 It’s actually surprising when we DON’T see dolphins on a swim!

On the historical record-keeping front, we discovered a long-lost and key detail from Cindy Cleveland’s pioneering two-way Anacapa swim in 1978 - the first solo channel swim in the Channel Islands outside Catalina. Cindy took 12 hours, 48 minutes to swim from Oxnard, out to Anacapa, and return to Oxnard. However, until this year the SBCSA had been missing Cindy’s split time at Anacapa!

This detail became especially important when Amy Appelhans Gubser completed a “reverse” Anacapa swim this year in 6 hours, 2 minutes. Without Cindy’s split time, it would have been impossible to determine if Amy’s swim was a new speed record.

With the ongoing digitization of old newspapers, we held out hope that this detail would eventually emerge. And indeed, shortly after Amy’s swim in June, we found an original Associated Press report in the San Bernardino Sun from August 10, 1978: 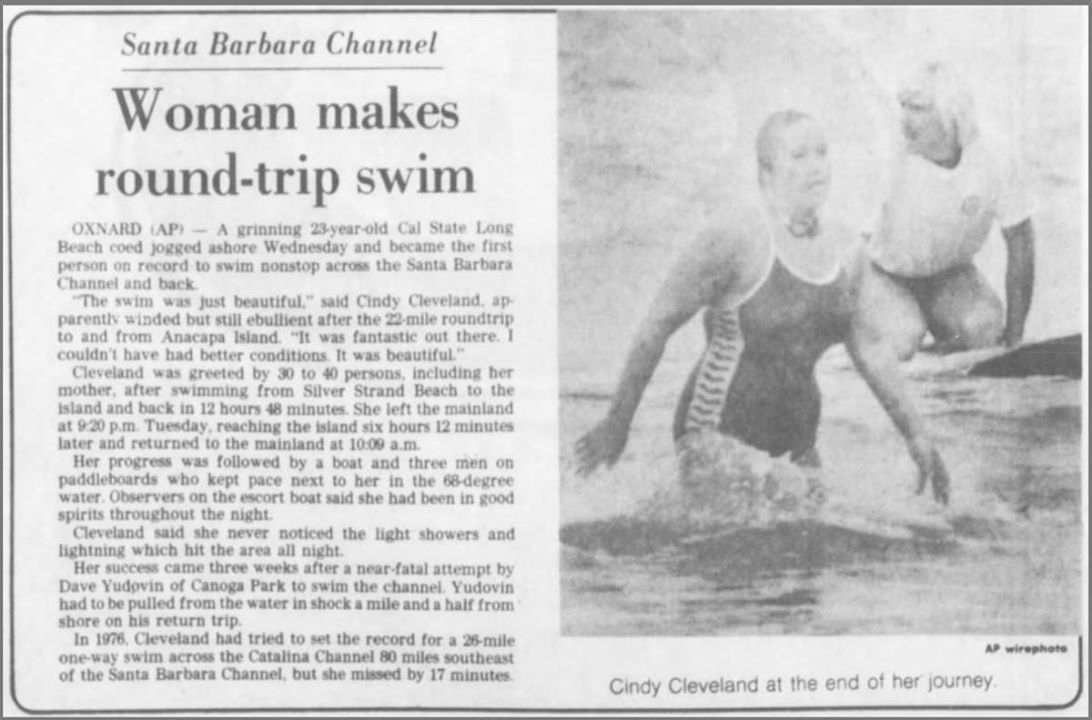 This article reported Cindy took 6 hours, 12 minutes to finish the first leg out to Anacapa… allowing us to definitively recognize Amy as the new record holder (by 10 minutes!).

In related news, Cindy – who also pioneered two other massive California marathon swims, the 25-mile width of Monterey Bay and the 50-mile circumnavigation of Catalina Island – was inducted to the International Marathon Swimming Hall of Fame this year. In our opinion, a much belated recognition!

The SBCSA salutes Theo Schmeeckle, who has decided to move on after serving five years on the board of directors. Theo has been a valued friend and colleague, a consistent observer, and almost single-handedly developed the SBCSA’s best-in-class mobile observer kits. Thank you for your service and dedication to the SBCSA, Theo! You will be missed.

As the SBCSA enters its 13th year as an association, we’re as excited as ever about the swimming possibilities in the beautiful Channel Islands waters. Check out our website at santabarbarachannelswim.org, and please let us know if we can assist in any way with your swim planning.