Tickets to our annual banquet are now available at santabarbarachannelswim.org/banquet. We’ll honor our 2017 swimmers over dinner at Ports O’Call Waterfront Dining in San Pedro on Saturday, November 4. Per tradition, this is the same day, same town as the CCSF banquet.

Discounted tickets are available for SBCSA Lifetime Members and anyone who attempted a SBCSA-sanctioned solo or relay swim in 2017. Prices go up October 25, so please RSVP by next Tuesday for the best deal!

From mid-September to mid-October, the SBCSA observed eight successful swims out of nine attempts - one of the better months in our organization’s history.

Karina’s swim was a new women’s record for fastest swim between Anacapa Island and the mainland - 5 hours, 28 minutes. Nicely done! 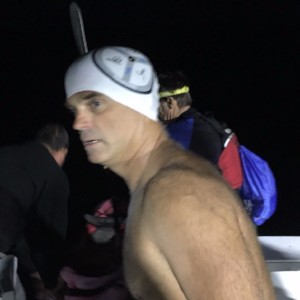 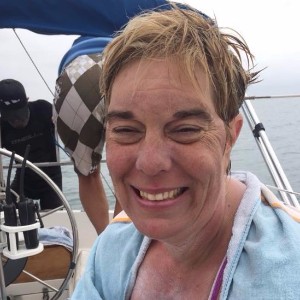 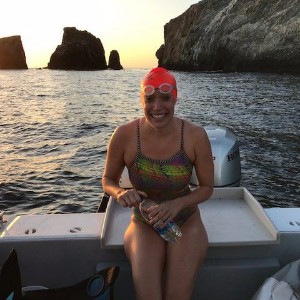 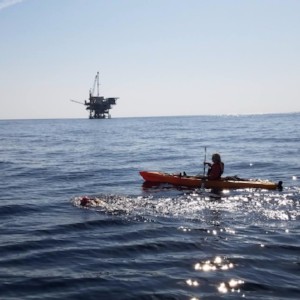 On September 26-27, Dan Simonelli completed an unprecedented stage swim between each of the four northern Channel Islands:

Each of these “mini channels” had no more than 3 previous documented swims before Dan’s - so the swimmer, pilots, observers, and paddler all shared in the exciting feelings of exploring rarely swum waters and seeing remote parts of these beautiful islands. 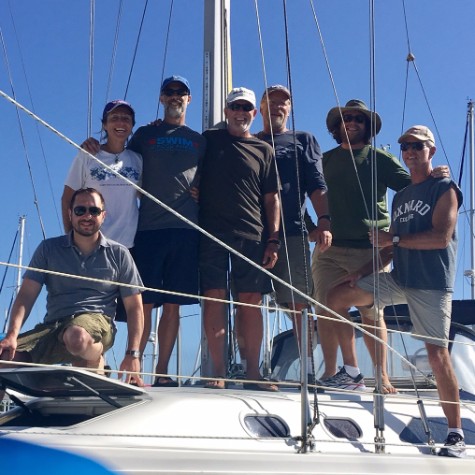 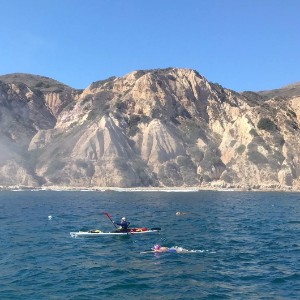 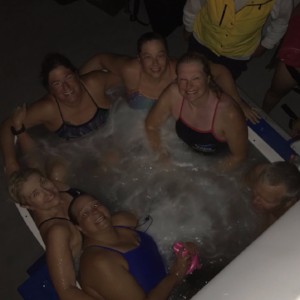 Linda began swimming at the age of 4 and soon after joined an age group swim team in the San Gabriel Valley. She swam on the club team through high school and also competed for Temple City High School and Cal State Los Angeles (Linda Mulkey). She continued to coach swimming and water polo for the next 30 years. In 2014, when her youngest children left for college she joined Cal Tech Masters and began swimming with them. She participated in the optional swim meets and in the summer of 2014 joined the team for some open water competitions. She was hooked and the area of open water swimming and marathon swimming has become her passion.

Louise grew up jumping and dodging the waves of the southern New Jersey seashore. Now an academic librarian with two grown children, Louise’s first official open water event was the Statue of Liberty Swim in New York City in 2013. Since then she has continued developing her passion for open water swimming, participating in English Channel, Catalina, and Manhattan relays, and becoming a certified USMS coach and Adult Learn to Swim instructor.

“Open water swimming simply happened in my life. I was not looking for it, but it found me and I am eternally grateful for this gift.”

Thank you, Linda and Louise, for your generosity in supporting marathon swimming in the Channel Islands! 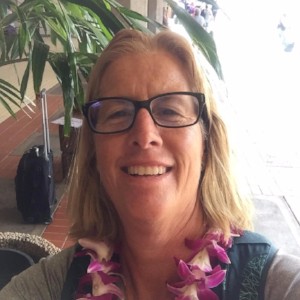 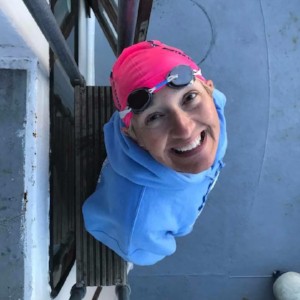