Greetings from the Channel Islands of California, and thanks as always for reading the SBCSA newsletter!

Heading into our traditional early Fall “high season,” 2017 is off to an auspicious start, with four successful swims out of four attempts - including two swims from Anacapa to the mainland, a new course record from the mainland to Anacapa, and the first-ever relays off Santa Rosa Island.

On June 23, Amy Appelhans Gubser of Pacifica, California, set a new course record of 6 hours, 2 minutes from the mainland to Anacapa (historically, the less common direction for Anacapa swims). With this swim, Amy became the fourth person to complete the California Triple Crown. 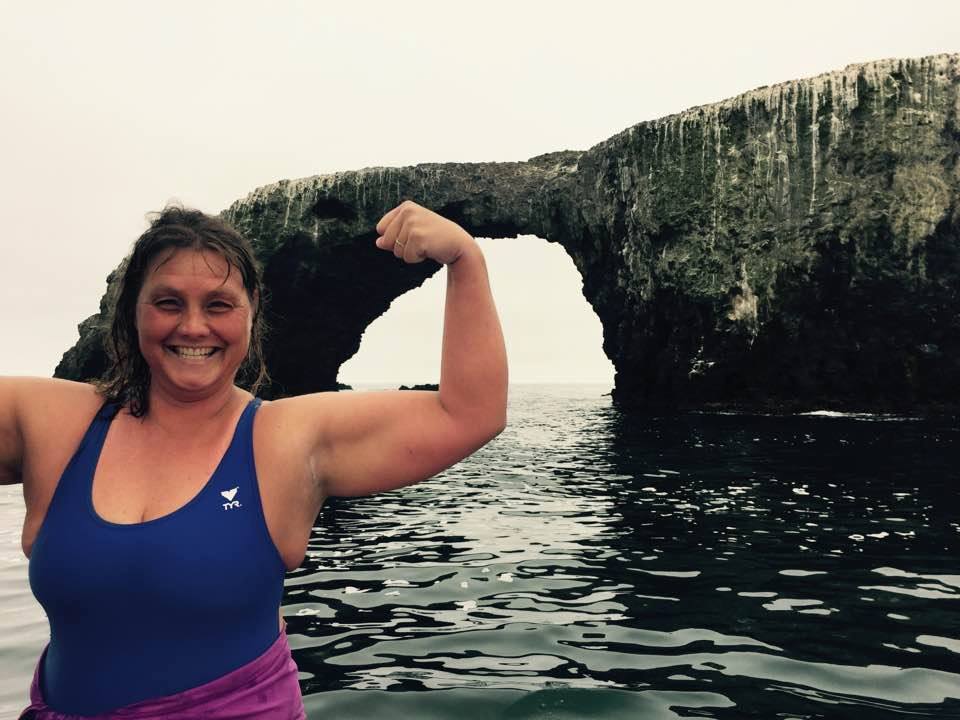 On August 10, 14-year old Angel More of San Carlos, California, became the second-youngest female Anacapa swimmer, with a 7 hour, 37 minute effort from Anacapa to Oxnard. According to observer Peter Hayden, “Large pods of several species of dolphin crossed Angel’s path on almost an hourly basis from sunrise to the end of the swim.”

Angel’s swim was supported by Captains Dawn Brooks and Mike Hopper on the Wavelength, paddler Megan Wartz, and crew chief Lisa Amorao. See below for more about Angel, a new SBCSA Lifetime Member. 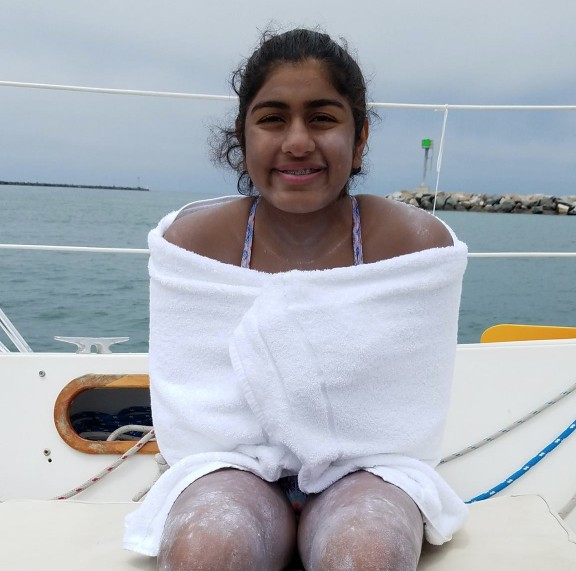 On August 20, Ryan Utsumi of Burlingame, California swam from Anacapa Island to Oxnard in 5 hours, 29 minutes - the 7th fastest known swim of this route. The 68 degree water “felt like a sauna” to San Francisco Bay-acclimated Ryan.

According to observer Peter Hayden, Ryan achieved this fast time despite “a stiff blocking current at the Channel Islands Breakwater. After nearly 10 minutes of swimming in place, he responded well to barked orders from the boat that he needed to sprint for 5 minutes. Ryan broke free from the current and triumphantly hit the beach less than 15 minutes later.”

Ryan was supported by crew chief and spouse Jill Utsumi, paddler Hannah Christman, and the Tuna Thumper, captained by Bob Andrieux and Kip. See below for more about Ryan, a new SBCSA Lifetime Member. 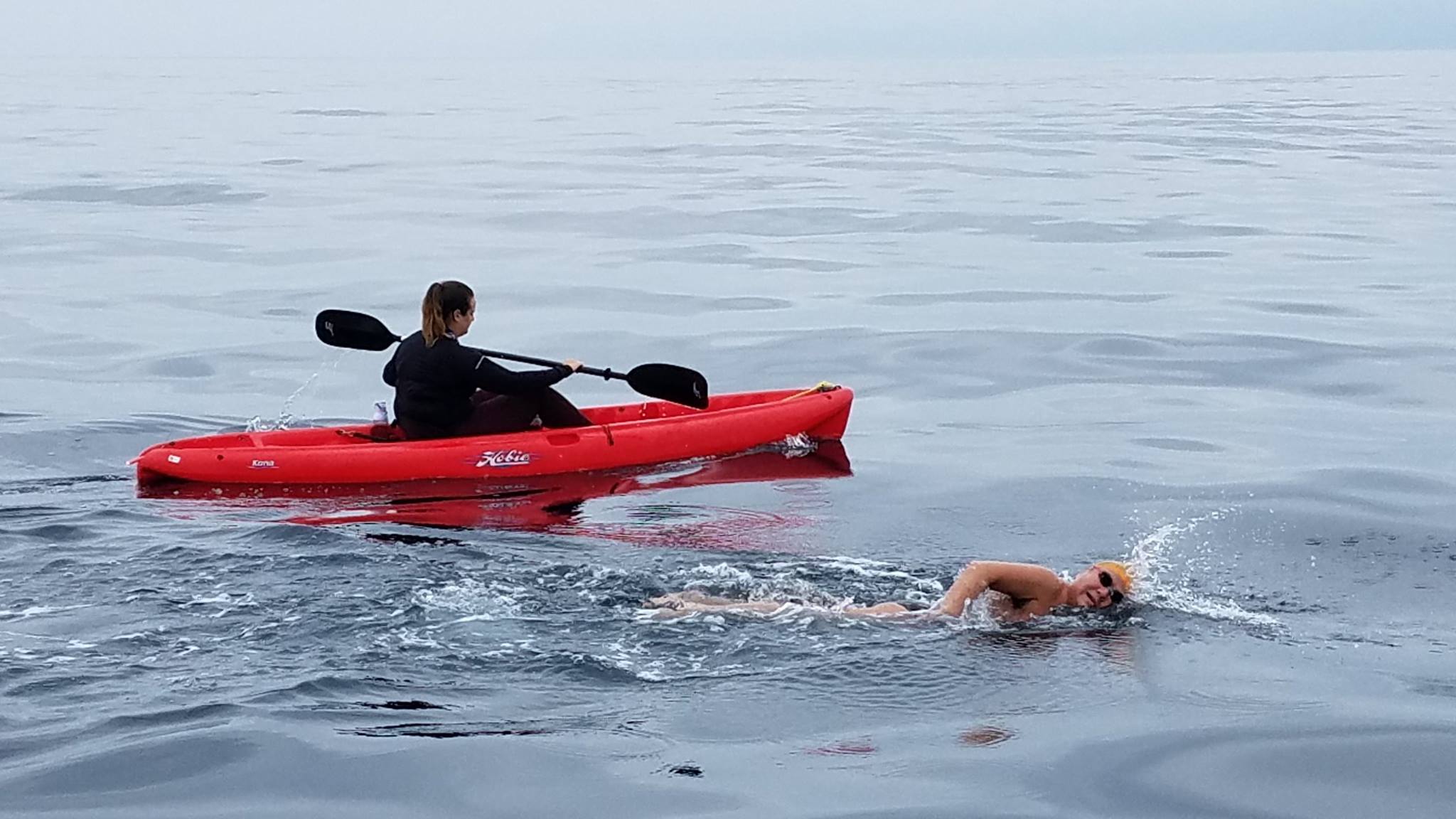 Starting at 2am, the Zombies overcame tough currents at a very dark, kelp-guarded Carrington Point, and broke through to beautiful daytime conditions and helpful mid-channel currents. Later in the day, swimmers and crew were treated to several large dolphin pod fly-bys, breaching and fluking humpback whales, and a partial solar eclipse. They finished as the sun set at Sands Beach, Goleta. 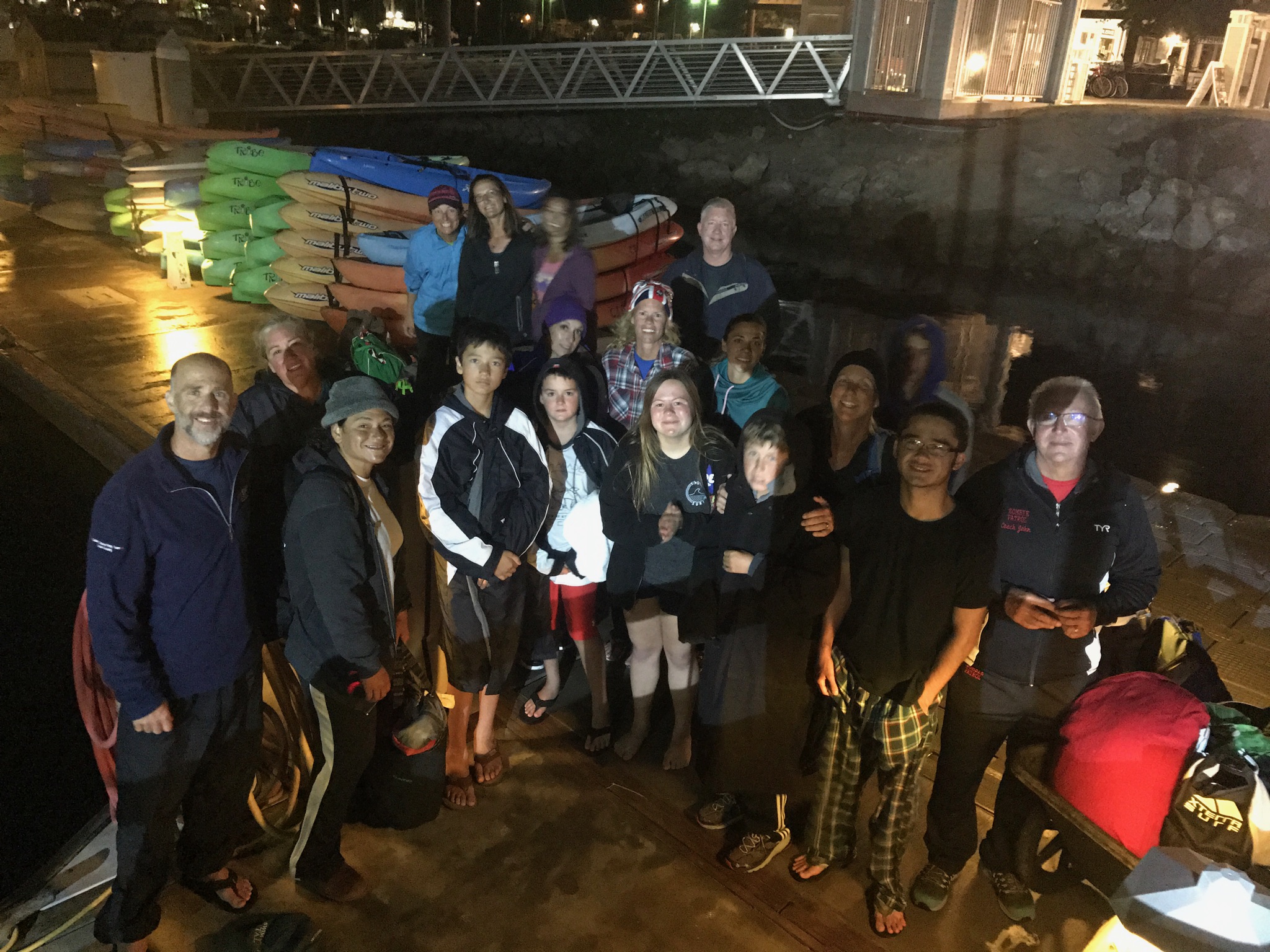 A busy month coming up in the Santa Barbara Channel! All swims can be monitored in real-time via the SBCSA’s GPS tracking page.

SBCSA Banquet - Save the Date!

The annual SBCSA Awards Banquet will take place in the evening of Saturday, November 4, 2017 in San Pedro, California - following the CCSF banquet earlier in the same day.

Specific location and ticket purchase information will be announced in the next newsletter. Hope to see you then!

The SBCSA welcomes Angel More and Ryan Utsumi as our newest Lifetime Members.

Angel, a high school sophomore in San Carlos, California, is already a veteran of 47 crossings between Alcatraz and San Francisco, a 20km double Santa Cruz/Capitola Pier-to-Pier swim, and became the youngest girl to climb Mt. Kilimanjaro in 2012 at age 10.

Ryan, a 38-year old member of the Dolphin Club in San Francisco, has been accumulating an impressive marathon swimming resume these past couple years, including the English Channel (Sep 2016), Round-Trip Angel Island (Nov 2016) Around Manhattan Island (June 2017), length of Lake Tahoe (July 2017). He will swim the Catalina Channel later this month.

Thank you, Angel and Ryan!